Oppo introduced three new 5G-equipped models to the UK and European markets today, aimed at young, fashionable consumers. The Reno4 and Reno4 Pro are mid to upper-mid-range handsets powered by Qualcomm’s Snapdragon 765G chip. Meanwhile, the Reno4 Z brings comes in at a much lower price thanks to its more modest Mediatek processor. All three appear to be decent options, but the pricing seems a little too high.

I’ve spent a couple of days with the best-specced of the three new phones, and all signs point to the Reno4 Pro 5G being a great performer in a sleek package. Many OEMs this year are plumping for the Snapdragon 765G SoC, which isn’t that much of a downgrade compared to the pricier 865 and the inbuilt 5G tax that this year’s Qualcomm silicon isn’t quite as pronounced with the cheaper chip. Just like the OnePlus Nord that I reviewed a couple of months ago, the Reno4 Pro is smooth and snappy, handling pretty much anything I’ve thrown at it with ease. 12GB of RAM and 256GB of storage certainly doesn’t hurt either, even if it is of the slower LPDDR4x and UFS 2.1 varieties. 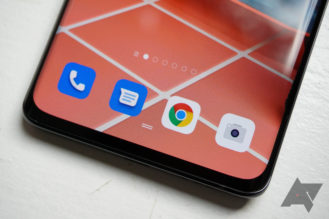 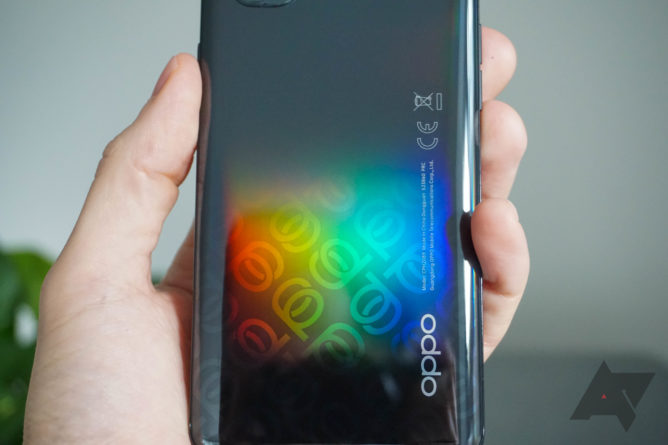 The rainbow effect is neat, but not so much the pattern.

Oppo tends to make eye-catching phones, and the Reno4 Pro is no exception (for better or worse). The galactic blue looks to be very attractive, with a subtle gradient that changes in the light. Like recent OnePlus handsets, the glass finish is likely very good at hiding scratches and fingerprints, too. On the other hand, the space black model I’ve been sent is a little garish, with a pattern on the lower half of its rear that would look more at home on a designer handbag. This is a conscious effort from Oppo to appeal to young, fashion-forward types, but with serious “How do you do, fellow kids?” vibes. On a more positive note, the Reno4 Pro feels great in the hand because it’s very slender and remarkably light, even with the included clear TPU case on. This is no mean feat considering how difficult it is to cram 5G antennas into these devices. 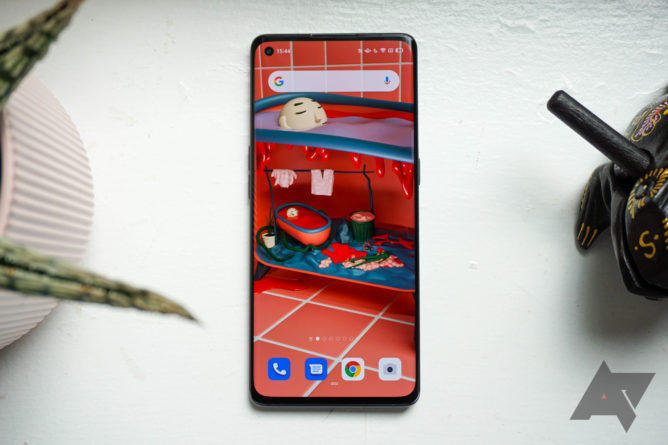 Around the front, it looks like much like a OnePlus 8 — small bezels, small punch-hole camera cut out, and gently curved screen. The 6.5-inch AMOLED display looks very good, and its 90Hz refresh rate ensures smooth scrolling. The in-display optical fingerprint scanner is fast and accurate if a little high up compared with other implementations. The earpiece teams up with a bottom-firing speaker for stereo sound, but there’s no headphone jack. USB-C earbuds are included in the box, at least. There’s also no official IP rating, although Oppo does assure me that it’s splash resistant to around IP54 standard.

Probably the best feature of this phone is its charging speeds. Thanks to SuperVOOC 2.0 tech, the included 65W charger can fully replenish the 4,00mAh cell in just 36 minutes. If you only have a brief moment to top up before you head out, you can get 11% from two minutes, 27% from 5 minutes, or 66% from 15 minutes, so you never really have to worry about running out. Unfortunately, there’s no wireless charging on board. On the software front, ColorOS 7.2 has a new Super Power Saving Mode that only lets you use six apps to eke out 5% more battery when you’re running low. 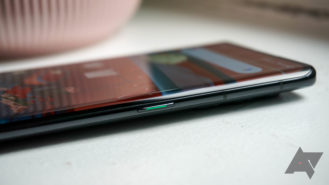 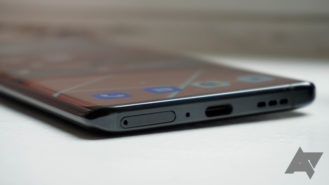 I’ve not really had a chance to test out the camera system too much, but the main sensor is the same as the OnePlus Nord, and performance is similar. The backup cameras on the Reno4 Pro are slightly higher quality, at least, but it’s with video recording that Oppo hopes to stand out. It can only do 4K at 30fps, but Ultra Steady 3.0 does a fine job of keeping things stable while live HDR and better low-light performance is also promised.

While Reno4 Pro costs £699 (more on that later), the standard Reno4 is £200 cheaper. For £499, you get the same chip, 8GB of RAM and 128GB of storage, and a slightly smaller display. The camera system is a substantial downgrade, too, but there are dual front cams if selfies are your thing. Most of the other specs are similar to the pricer model. The Reno4 Z brings up the rear with a budget spec sheet that includes the MediaTek Dimensity 800, side-mounted fingerprint scanner, and 18W charging. Curiously, it’s the only one of the three to offer a 120Hz refresh rate, which is cheaper to do with an LCD panel. The 8/128GB configuration costs just £329. 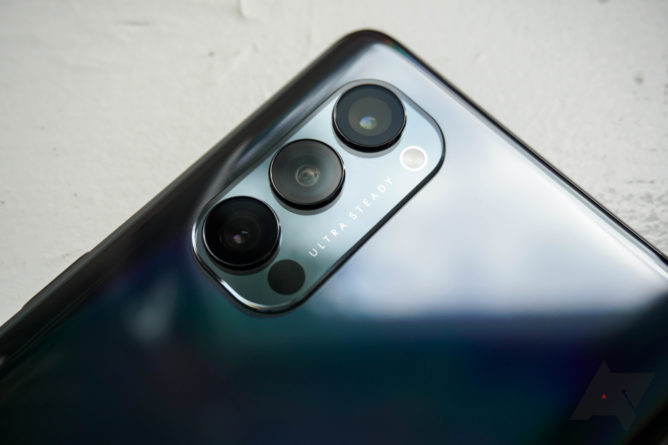 Back to the Reno4 Pro and whether or not it’s worth considering — unfortunately, price is the deciding factor. Some might think that £699 sounds reasonable given the spec sheet, but consider that Google is asking £599 for the new Pixel 5 and the Reno4 Pro does not compare favorably. Other Snapdragon 765G handsets, such as the OnePlus Nord, also cost much less than the Reno4 Pro, and the OnePlus 8 launched at just £599 with a Snapdragon 865 (and it’s now only £549). Value for money is where the Reno4 Pro really falls down. The excellent Find X2 Pro had the exact same problem — at £1,099 it was far too expensive to be a serious contender in the UK/Europe, despite being the best smartphone Oppo has produced to date.

All models in the Reno4 series will be available for purchase from October 16, launching in the following places: UK, Ireland, Belgium, France, The Netherlands, Germany, Spain, Italy, and New Zealand. I’m still waiting for confirmation of Euro pricing, but I’ll update this post when I get it.