Most people upgrade phones every 2-3 years, a schedule that’s often dictated by carrier promotions and on-contract deals. While our readers likely buck that trend, Pixel owners hanging onto the same model for the last 2-3 years are probably considering upgrading. In the case of the Pixel 2 and 2 XL, there’s not much choice — it’s that or stick with a phone that’s less and less secure with each passing month. So is the Pixel 5 a worthy upgrade? For some of our readers, it might be, especially if they waited out the Pixel 4, as we generally recommended. But it’s not the only phone Pixel fans should consider.

A return to form

One good reason Pixel 2 and 3 owners might want to pick up a Pixel 5 is the familiar form factor and features. Last year’s Pixel 4 dropped the rear-mounted fingerprint sensor in favor of new face recognition, but the trusty, touch-friendly tech is back with the Pixel 5. That means less of a transition when moving to the new phone.

For Pixel 2 owners, the new Pixel 5 has a similar build with a metal body and back, unlike the glass-and-aluminum sandwich on the Pixel 3 and 4. Personally, glass backs don’t bother me, but they are objectively a little more delicate when dropped, and some folks get riled up about that sort of thing. On top of that, the Pixel 5 manages the impossible: a metal back with wireless charging.

If you’re coming from a Pixel 2 or 3 series phone, the Pixel 5 will feel right at home in your hand.

Personally, I prefer a telephoto camera over a wide-angle since I know the photos I usually shoot benefit more from a tighter view. But I also recognize I’m generally alone in this opinion. If you take a lot of landscape photos or simply prefer the wider view and flexibility it provides, the Pixel 5 fixes what you might see as a mistake on the Pixel 4 by including a wide-angle camera. 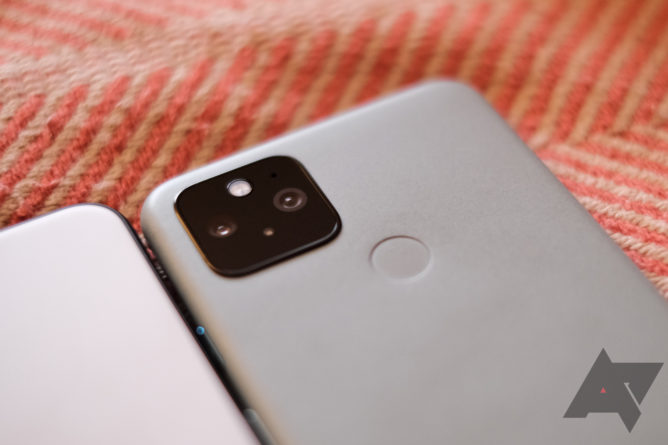 It’s pretty great, too, and likely the best wide camera I’ve used on a smartphone. It even works with Google’s astrophotography mode (though the results in that mode are a lot noisier and weird looking compared to the primary).

Photo gallery of the ultra-wide camera on the Pixel 4a 5G and Pixel 5 (which has an identical camera).

Sadly, Google didn’t elect to include all three of the usual flagship camera types and give us a wide-angle and telephoto to augment the primary — an omission we hope is fixed next year. But the Pixel 5 has the same excelled Pixel camera that Pixel 2 and 3 owners have come to expect, this time paired with enhanced wide-angle chops.

One big reason Pixel owners might want to stick with the same brand is the software. Not all Android skins are created equal, and Google’s flavor is one of the best. Sure, there are plenty of features Samsung does first with its kitchen-sink-like One UI, but if you like the more minimal stock approach, it’s probably the best version of it, and it comes with pretty great perks like automatic call screening, the new Hold For Me feature, and a faster on-device Assistant. 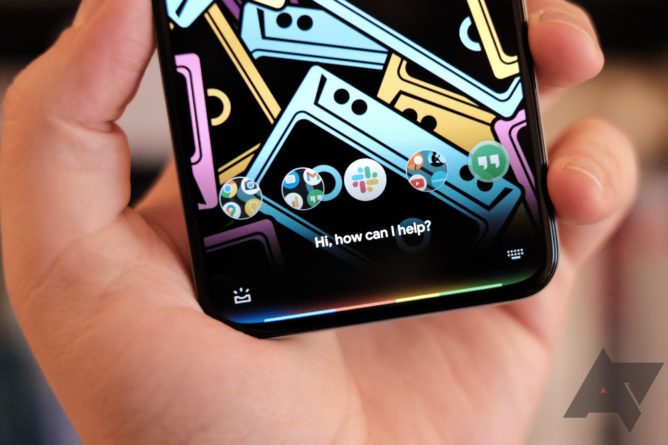 On top of that, you can look forward to regular monthly security updates, the fastest-possible version upgrades, and quarterly feature drops, which actually do bring useful features. You can expect a steady trickle of stuff, like the new “safety check” feature that debuted earlier this summer for the Pixel 4, or the power menu wallet and “firm” press feature from the spring.

However, it’s worth noting that there are two features you will lose upgrading to the Pixel 5. For one, you’ll skip out on the Active Edge squeeze to activate the Google Assistant. Most of our readers did use it, so its omission could be a bummer. You’ll also lose out on the old unlimited original quality photo backups, as phones following the Pixel 4 don’t come with it anymore.

The Pixel 5 may be the latest phone from Google, but it may not be the only phone you should consider. Samsung’s software has changed over recent years, and with crazy deals like the Galaxy S20 FE out there, it does deserve at least a look before you stick with the Pixel line. OnePlus has begun to deviate a bit more from the stock look with its software, but it’s still a mostly familiar experience for those coming from a Pixel, and devices like the 8 Pro, 8T, or Nord could be worth a glance. But if you’re a big fan of Pixel software, there’s just no replacement for it. That still leaves two other new phones to think about, though.

If you’re on a strict budget and need to upgrade now, also consider the Pixel 4a. It might be a step down in speed, but it’s a good, cheap, super-long-lasting phone that will continue to get updates way after the Pixel 2 is left behind, though Pixel 3 owners might want to wait a little longer if they can.

There’s one other phone you should also consider: the Pixel 4a 5G. If you were hoping for an XL-sized version or simply want to save a little cash, it’s mostly the same phone, just missing a handful of features like the smoother 90Hz display, a little RAM and battery capacity, IP rating, wireless charging, and it swaps the metal body for plastic. It’s definitely a step down in some ways, but it’s also just $500, and otherwise basically a Pixel 5 XL.

Even in 2020, the Pixel 2 and 3 series account for quite a lot of the phones in our top ten browsing statistics. Our most recent numbers for the last month indicate over 8% of our readers are still using them. It’s not up to us when you upgrade, but now is a pretty good time to start shopping around. With sales expected in the next month or two, it’s time for Pixel 2 and Pixel 3 owners to figure out what they might be looking for.