Keeping its promise, Realme is now opening up its Realme UI 2.0 early access program for four of its smartphones — the Realme 6 Pro, Realme 7, Realme X2 Pro, and Realme Narzo 20 Pro. Since this is early access software, users will have to sign up to receive the update.

If you have a compatible phone and are interested in testing the latest version of Android, make sure you have the most recent update installed first. Then head over to Settings > Software Update > Tap on the settings icon in the top right corner > Trial Version > Submit your details > Apply Now. Once you submit the application, you should shortly receive the Early Access Realme UI 2.0 update. 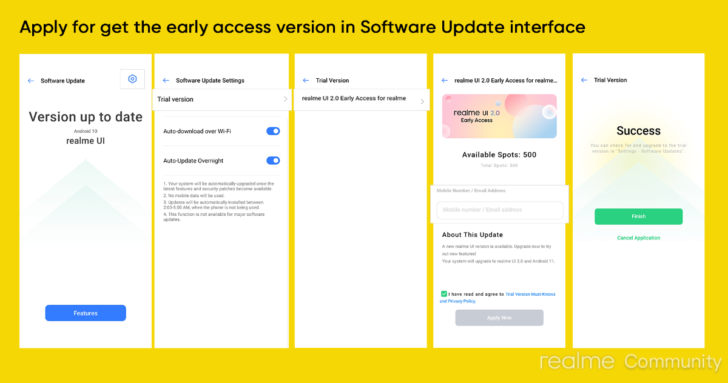 Keep in mind that there are only limited spots available in the testing program — the early bird gets the worm. Since this isn’t final software, you can expect it to have the occasional bug. It’s suggested not to sign up for the program on your primary device.

The new update, along with Android 11 features such as permission enhancements and conversation grouping in the notification shade, adds a bevy of customization and privacy features. You can read more about the update on Realme’s blog.