The original Moto G pioneered the mid-range phone space, and subsequent released have offered at least respectable value. After a few stumbles, we quite liked last year’s Moto G Power and G Stylus. A new generation of budget Moto phones launch this very month, and three of them are Moto G phones. There are new, more powerful versions of the G Power and G Stylus, as well as a G Play priced at just $170. If you want to step up from the G, Motorola also has the new Motorola One 5G Ace, which is its cheapest 5G phone yet at $400.

First thing’s first: all these devices launch unlocked on January 14th. They’ll be on sale from Motorola directly, as well as from retailers like Amazon and Best Buy. Unfortunately, they all ship running Android 10, which is now well over a year old. Motorola will support all four devices with two years of security updates, but you get just one guaranteed update to Android 11. For some of the cheaper devices, that’s probably an acceptable deal. Not so much as we move down the list.

The Moto G Play is the least expensive of the new phones today, priced at $170. For your money, you get a big 6.5-inch LCD, but it’s only 720p. The upshot here is the 5,000mAh battery should keep it running for ages. The Play has a surprisingly old-fashioned-looking waterdrop notch at the top for the front-facing camera, and there’s a fingerprint sensor on the back. That’s also where the simple dual-camera sits: it’s a 13MP primary paired with a 2MP depth sensor. So, no fancy camera tricks. This might still be a solid value proposition; the Snapdragon 460 is a newer chip with more power than most 400-series models—it’s octa-core (A73+A53) on an 11nm process. 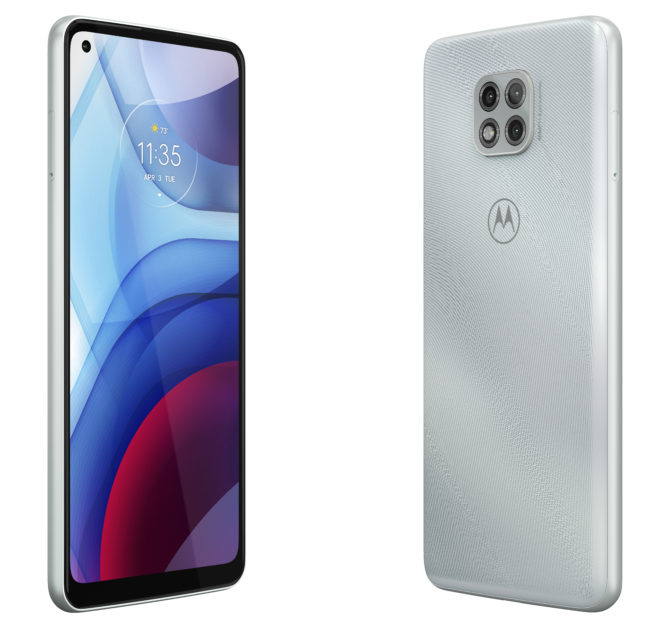 Last year, the Power and Stylus were essentially the same piece of hardware. This year, even the physical styling is different. The Power sports a Snapdragon 662, an octa-core chip clocked at 2GHz. The camera setup gets more capable than the Play with the jump to 48MP, but you still just have a maco and depth sensors in addition to the primary lens. That’s a bit disappointing. The 6.6-inch LCD remains 720 like the G Play, which I also don’t love. Again, the battery life is probably going to be bananas. These are all plastic phones, but the Power looks nicer than the Play with that patterned back, punch-hole selfie camera, and a side-mounted fingerprint sensor. 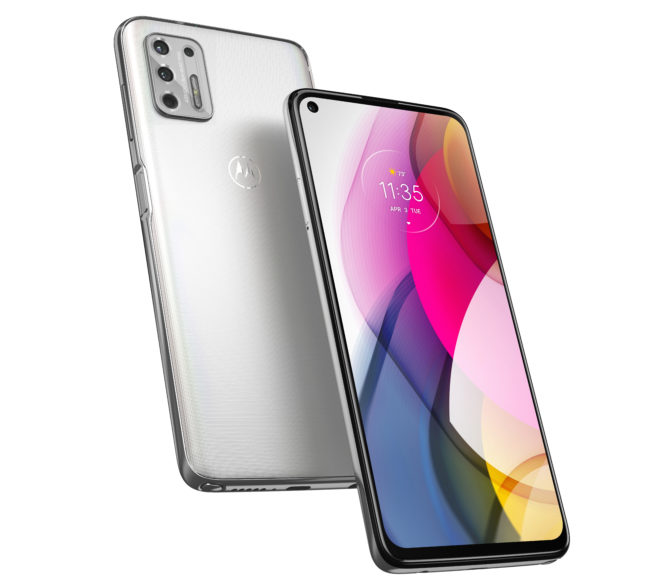 The G Stylus is the top-of-the-line for the new G phones. It has a brand new Snapdragon 678 chip, which runs two fast A76-based Kryo 460 Gold cores and six slower A55-based 460 Silver cores. It also has Qualcomm’s X12 LTE modem with support for up to 600Mbps down. Motorola is excited to note that’s twice as fast as other phones in this price range, but carrier support will vary, and you’re not likely to ever see the full theoretical speeds. This phone also steps up to a 1080p screen at 6.8-inches, making it the largest of Moto’s new devices. Despite that, it has a smaller 4,000mAh battery because of the stylus slot. About the stylus, it now has a Samsung-style push-push mechanism, making it easier to remove. The size and balance of the pen have been changed for improved comfort as well. 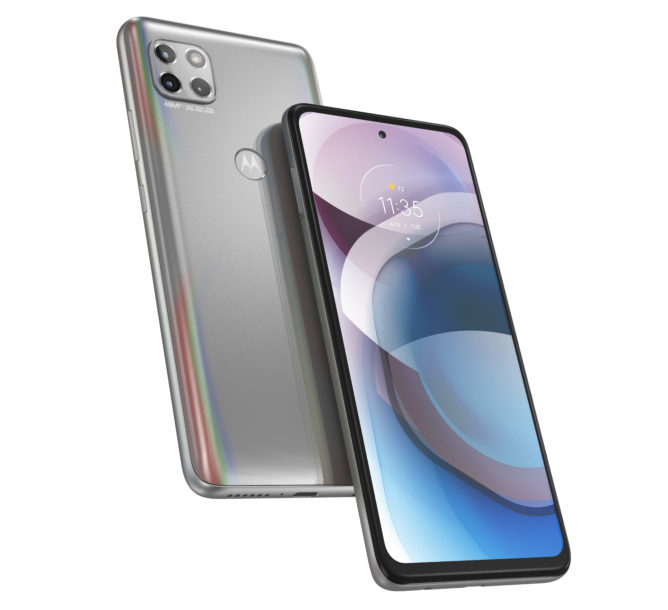 Stepping out of the G-series, the Motorola One 5G Ace is Moto’s newest and cheapest 5G phone. It’s one of the first Snapdragon 750 phones with a 2+6 core config (A77 and A55) and support for sub-6GHz 5G via the integrated X52 modem—that’s the same part used in the SD768. While the camera module looks different, the sensors are the same as the G Stylus. Interestingly, it goes back to a rear-facing fingerprint sensor instead of the side sensor seen on the new G Power and G Stylus.

This phone will be more spendy at $399. Motorola says 5G will work on T-Mobile out of the box, and Verizon will flip the switch with a future update. There’s no info on AT&T support for the unlocked version, though.

Again, all these phones launch on January 14th in the US (Canada will get them later). Pre-orders are currently set to go live today (January 8). In the coming months, you’ll be able to get these devices on numerous carriers including AT&T, Cricket, Boost Mobile, Consumer Cellular, Google Fi, Metro by T-Mobile, T-Mobile, Republic Wireless, Verizon, and Xfinity Mobile.