QR codes may have been around since the mid-1990s, but they have become more popular than ever during the COVID-19 pandemic—you’ll find them on mobile orders, Instagram, and even in Android’s Wi-Fi settings. While those boxy, square designs may seem like gibberish at a glance, they offer a wide range of contactless convenience in our socially distant times. With this in mind, it was only a matter of time until compatible scanners started appearing on other platforms, including Chrome OS.

As seen in a recent Canary channel update, a QR scanner toggle will show up on the Camera app’s right side, shifting its various modes towards the bottom. Turning on the QR scanner will display an outlined box in the center of the viewfinder. Here’s what it looks like. 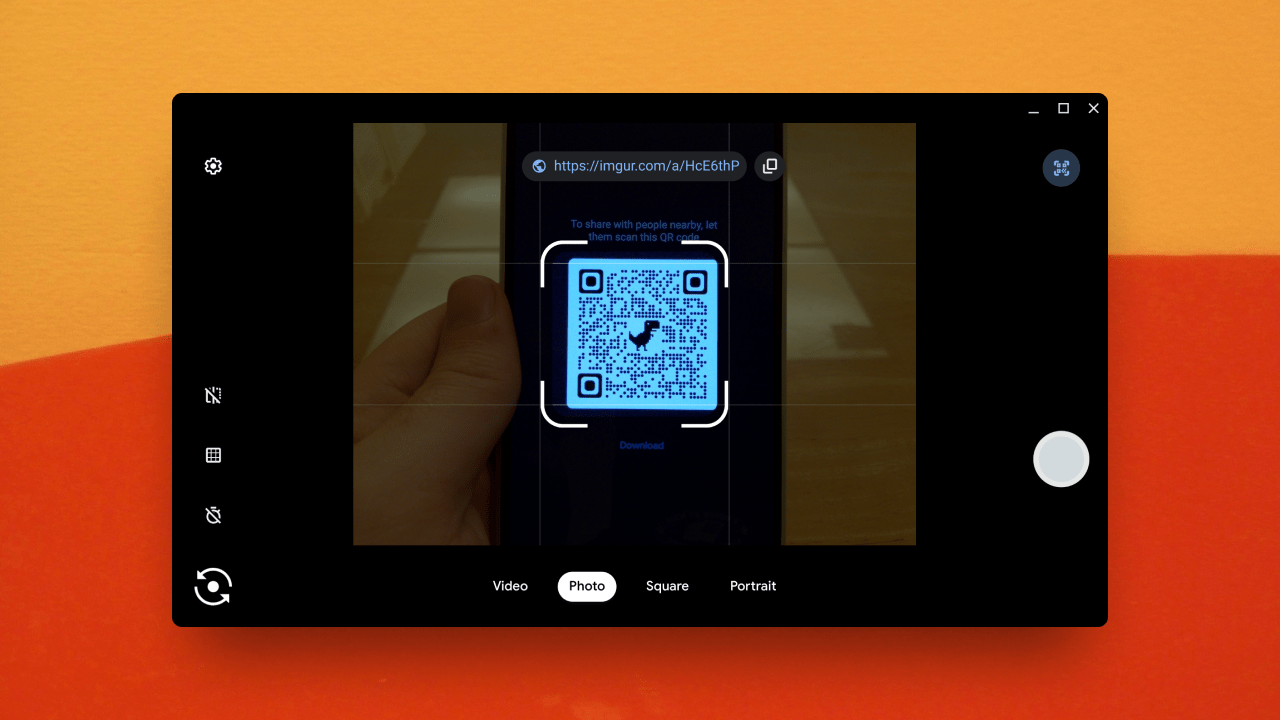 The scanner’s functionality is very straightforward. Place any QR code within the square in the viewfinder, and the Camera app will instantly scan and output whatever was on the code towards the top of the app. I tested several QR codes (made using Chrome’s experimental QR code generator) and it read them all without issue. You can only copy text and URLs to the clipboard, but I imagine you’ll be able to jump to a webpage directly from the Camera app further down the road. I tried scanning a barcode imprinted on a cereal box, but the app could not read it (which shouldn’t be a deal-breaker for most).

While I can see this feature being useful in certain situations, I wish the full Google Lens experience was incorporated into the Chrome OS Camera app instead. In addition to QR codes, Google Lens can translate text in real-time, identify photos, and even solve pesky homework problems step-by-step. Even so, the Camera app will instantly become more versatile and useful to many people—it’s definitely a step in the right direction.