To stay relevant in an ever-changing world, it’s important to experiment, and Twitter isn’t resting on laurels — it is constantly looking for new ways to engage users. Shortly after introducing Stories-like Fleets to users around the globe, the San Francisco-headquartered company announced the testing of audio chat rooms, called Spaces. To help build the latter — which is seemingly a tougher nut to crack — the team behind podcast app Breaker is joining Twitter.

If you’re unaware of what Spaces is, it is an attempt at making space for Twitter users to talk directly with a group of people. The experiment focuses on the “intimacy of the human voice” and aims to create an environment similar to a “well-hosted dinner party.”

Breaker, on the other hand, is a podcast app with a social element that allows users to share what podcasts they listen to and engage with other users by way of likes and comments. But with the Breaker team joining Twitter, the app will shut down on January 15.

If you’re a Breaker user, you can export your subscriptions to another podcast app. To do so, head over to settings and export the OPML file. You can then import this into another service such as Pocket Casts, Spotify, Stitcher, or Castbox. Similarly, if you’re currently hosting a podcast on Breaker, you can transfer your podcast to another hosting service by using the RSS feed. 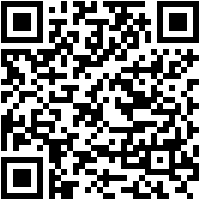